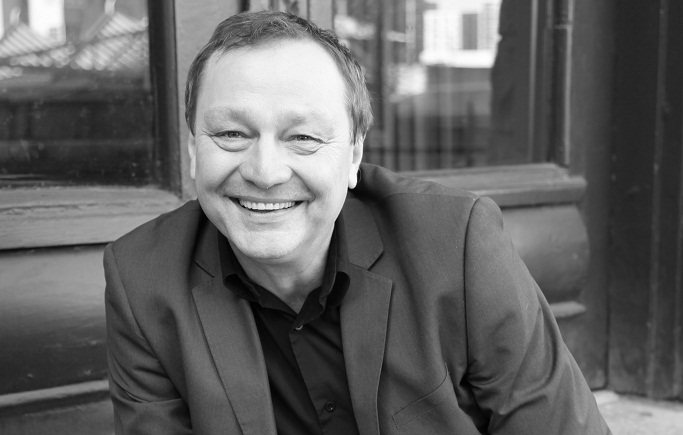 Vitek Wincza graduated as a professional dancer from the State Ballet School in Gdansk, Poland. He has performed for the Musical Theatre of Gdynia, Poland; The Grand Opera; the Ballet Theatre of Lodz, Poland; and the National Dance Company “Mazowsze” where he toured throughout North America. After several successful performances in Hamilton Place, he decided to stay permanently in Canada. In 1982, after his defection, he ran and operated his own dance school in Burlington and Hamilton area.

Mr. Wincza was Founder and Artistic Director of the Canadian Ballet Youth Ensemble from 1991 to 2005, providing talented young dancers the opportunity of working closely with professional artists, dancers, musicians, composers, and choreographers.

During his artistic leadership, he created, choreographed, and produced full length productions such as the ballet “Snow White” with the original music score by Bogdan Pawlowski. After many successful performances in Canada, “Snow White” was invited to Kiev, Ukraine for an international theatre and dance festival and Mr. Wincza was awarded the silver medal for achievements in cultivating and maintaining the art of classical ballet by the Diaghlev Foundation, Moscow, Russia.

Beginning in 1991, the Hamilton Philharmonic Orchestra commissioned Vitek to create and choreograph a series of productions geared to young audiences, including “Babar the Elephant” and “The Carnival of the Animals.
In 1993, he invited the Ballet di Napoli to dance the award-winning ballet “Marco Polo” on a three-city tour of Hamilton, Toronto and Montreal.

In 1995, Vitek approached choreographer Robert Desrosiers to create a modern dance version of “Pinocchio” for the Canadian Ballet Youth Ensemble which toured extensively throughout Ontario and abroad.

In 1997, he created, choreographed, and produced the full-length ballet “Hamilton Nutcracker” with 30 dancers from Kiev Ballet Theatre (Ukraine), the Hamilton Philharmonic Orchestra, and 90 local dancers. It played to “sold out” houses in Hamilton Place Theatre for eight consecutive years.

Since 1996, Wincza has been Founder and Programming Director for Culture for Kids in the Arts, a registered charitable organization dedicated to providing high quality arts experiences to children and youth, regardless of their financial circumstances, as well as promoting and engaging arts in education. To date, the CKA has provided arts experiences in the school system to over 45,000 children and youth.

In 2001, he founded the HCA Dance Theatre, a non-profit organization which is dedicated to professional artists and the creation of new innovative works in dance, music, drama, and visual arts. Performances include Robert Desrosiers’ original choreographed “Circus Dream”, as well as “An Evening with Michael Ondaatje” featuring the work of Oscar-nominated Canadian writer Michael Ondaatje (“The English Patient”). Wincza’s realization of Ondaatje’s prose was interpreted by dancers and musicians in a truly unique and unforgettable multi-disciplinary performance.

In 2009 his critically-acclaimed production of “Displacement” featuring Christos Hatzig and Robert Glumbek was honoured as one of the top ten dance performances in Ontario.

Mr. Wincza was the recipient of the City of Hamilton Community Arts Award in 2011, and was nominated as RBC Citizen of the Year for Hamilton in 2013.