Same Boat Theatre brings Whale Fall to the HCA Black Box Theatre this July. Early on in their rehearsal process, the cast and creative team sat down to discuss the play, the process, and what it means to create theatre during challenging times.

Whale Fall is a one-act drama about the extinction of Canada’s southern resident orcas and one woman’s journey to find the last remaining whale as she struggles with memories of her father. This intimate duet navigates the painful waters of family, memory and climate change. Whale Fall is the second-place winner of the 2022 Hamilton Fringe New Play Contest.

Please note: This interview has been edited for length and clarity.

Stephanie Hope Lawlor (“Rebecca”): Stephen, tell us about how Whale Fall came to be. 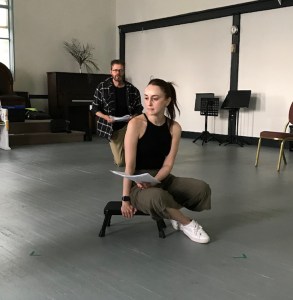 Stephen Near (Playwright): I’ve always been fascinated by whales and mammals, and my daughter picked that up from me. Some time in 2015 or 2016 she asked me a question. We were watching a show about the ocean and she said, “Daddy, does the ocean sing a happy or a sad song?” It was around that time that I became aware of what type of ocean I’m going to leave for her, because her big dream is to be a marine biologist. And she still does! Which is fantastic, because I thought that would be a dream that she would have when she was five or six and then by the time she aged out into 11 or 12 she’d want to be something else. But no, it’s still there.

I thought, “Would I be able to make this into a play?” For the two years before the pandemic lockdown, I was working on this show not even knowing what “the show” was. It was just a lot of tales, you know? Tales of the sea, tales of the ocean. I could have fictionalized the main character and given her some other name, but I had decided that in putting the show in some concrete narrative terms, I should name her Rebecca. The character is based on my actual daughter. I’m in there, too. When I came to that conclusion, I realized that I had to write a play about her in the future when the whales are extinct. When you write about the future, you come upon all sorts of other questions about mortality and things of that nature. That’s where the play came from and where it’s sort of evolved since that time.

SHL At the Junction. I think it was the Marineland section. You’d layered in some whale sounds. I remember reading it the day of and falling in love with it immediately.

SN That piece is recalling when we went on a trip to Marineland to see the one orca that’s still there, Kiska.

Aaron Joel Craig (Director): Is she still there?

AJC I think Marineland is one of the bits that jumped out at me first too because one of the interesting things about getting older and having your own kids is that you go and have experiences parallel to the ones that you had as a kid. I just got back from going to the aquarium in Vancouver with my kids where I went with my parents at the same age, so watching my daughter who’s 7 see the things that I saw, but from an outside perspective. That’s one of the big resonances for me with this play: the idea that Rebecca is travelling some of the same steps, having some of the same experiences, that echo her dad’s experience.

SN When we went I thought, “Oh this will be fun,” but the experience actually turned into anything but. It was brutally hot, and all of the animals, not just the marine mammals, looked like they were in extremely poor health and it was just uniformly a terrible day. It was pretty sad. 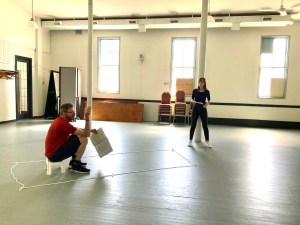 Ray Louter (“Stephen”): I went to Marineland when I was 10 or 11. I don’t know how old Marineland is, but I had the same feeling, that it was a place of decrepit, worn out, unhealthy animals… I remember thinking this is not healthy, and that got me thinking about extinction. Is there a connection between animals that have gone extinct and the ones that are in captivity and are just unhealthy and unhappy?

SN There’s a lot of information about the history of orcas and captivity. The first time an orca was captured in Vancouver, the narrative around the orca in the public changed. People didn’t have a sense of what orcas were. In fact, orcas were hunted and killed, not for their blubber or anything, but because they were seen as competition. They would attack whalers, they would attack whale carcasses after whalers have hit them, so they were seen as a nuisance. But when this whale in Vancouver was captured they managed to keep it alive and it opened this doorway of, “Oh we can keep these alive, we can put these on display,” and people became fascinated with them. That’s why orcas have become, in large part, the poster animal for the environmental movement. It’s a very strange and ironic result of keeping them in captivity while making them symbols for keeping these animals alive and keeping our environment healthy, which is very strange.

SHL I like what you said earlier about your Rebecca being very into ocean animals and how that’s something you go through as a child. I think every kid goes through a phase of being obsessed with an animal, and it’s interesting because, with all of the reading I’ve done about whales, the ocean, orcas, so much of it is geared towards children. My research has been a lot of Disney+ documentaries that you’ve recommended, it’s been fact-sheets from the World Ocean Day website because that stuff is so accessible, it’s easier to find. It’s kind of this opportunity to reconnect with that childlike curiosity that so many of us experienced. In 2022, I imagine those fact sheets read quite differently than they did when we were kids, with what we know about these animals and how far we’ve come. I was scrolling Tiktok the other day and I came upon a video of a person who stumbled into Marineland and it was desolate: They were walking on these empty paths, nobody at the ticket gates, and they stumbled on Kiska there, all alone. And that shocked me. Now as an adult you look back on things like that and think, “How did we not realize?!”

SHL No, it’s a tourist attraction.

SN There’s this line in the play, the more you dig into the story of the orca, the sadder it becomes because when you consider the fact that these whales are supposed to live in a society that is entirely based in sound. For them, the way in which they sense the world is three-dimensional sound, so a whale in a tank by itself means it’s in a world of silence.

AJC Its own voice echoing back of itself, off of these hard walls.

SN Which is the very concept of horror. So is it any wonder then that during the ‘90s you were seeing reports of orca in captivity who would attack their trainers, their keepers. These are animals who are mentally disturbed, who are upset, and who are lonely.

AJC It’s interesting, then, that this play came about as we were all locked up in our own four walls. There’s a resonance there. I’m not surprised that you found a connection with a creature in captivity while you were a creature in captivity. We’re all seeing the fallout of that right now in all kinds of ways, in the way that people don’t know how to be people anymore after experiencing those things.

SN I think the bigger thing that clicked for the narrative for the play honestly was being in a situation where I actually was being confronted with my own mortality, and then it evolved from there. How does this play look, how does this story get told? We start the show off with the very shocking assertion that the whales are now extinct. If we heard that today, that would shock a lot of people. Then the journey is “Okay, I’m going to try and do something about it.”

SHL In this play, Rebecca is pretty young. It doesn’t take place so far in the future, and it’s very easy to imagine this reality that you’ve written, which is frightening.

AJC It does live in that near-future, science fiction space.

AJC But also far enough away so it feels like there’s – I don’t want to call this show science fiction, but there is a ring of that a little bit –

AJC And Steven wrote it so there’s always going to be some sci-fi [Laughter]. Sci-fi is only good if there’s hope, and that’s something that we’ve been exploring. If we were to find out tomorrow that the whales were extinct, would we believe that unilaterally? Would there still be hope? Because there’s so much ocean that we don’t touch, 19:52 that we don’t know. There’s so much down there. We know less about our oceans than we do about space. So yes, climate stuff is scary and we don’t know what it means, but also, we don’t know what’s down there. Which is weirdly hopeful to me.

SN Prior to a few years ago, those types of stories have only existed in dystopian science fiction, spec fiction… that’s the only way these stories have been believably understood, because the issue around climate change is so big. It’s not just a political flashpoint, it’s an emotional gut-punch, and it’s really hard for people, for audiences and readers to connect with unless you can take one of these big concepts and attach it to a personal narrative. For me, what was the key to breaking through into this story. We all have a coming-of-age story of our own, a time when we break free from our parents and strike out on our own. Attaching that common narrative to the big narrative of species extinction was really the key to making something that I thought would be accessible to people. I guess the big thing is that this is the first show I’ve written that is even remotely watchable by younger audiences.

AJC Part of that is also the partnership with HCA. We’re aware of the space that we’re occupying and the interesting intergenerational way of working there. I’ve always been like, I’ll never do theatre for kids! I’ll never do theatre with kids! But when you become a parent and your kids grow up beyond the “little kid age”, you start to realize that they can handle a lot more than you think that they can, but they can also live up to the expectations that you give to them. I can watch this and talk it through with my daughter, and that’s better than letting her discover whatever it is on her own 3 or 4 years from now without parameters or an outlet to talk about and process those things. There is an opportunity that we have with this show to give families to talk about things like species extinction and climate extinction in a way that is not necessarily crisis-oriented.

SN Even though it is a crisis.

To read the second half of this roundtable interview, check out Same Boat Theatre’s blog. 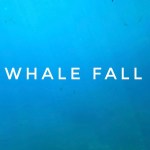 All performances at 7:30 PM

Leave a reply Click here to cancel the reply