Catch a ‘behind the scenes’ look at how master artists work with emerging musicians in an intimate master class setting, with Brett Polegato and Robert Kortgaard working with four young vocal/accompanist duos on classical repertoire. 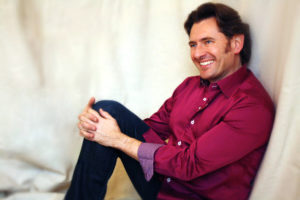 Brett Polegato’s artistic sensibility has earned him the highest praise from audiences and critics: “his is a serious and seductive voice” says The Globe and Mail, and The New York Times has praised him for his “burnished, well-focused voice” which he uses with “considerable intelligence and nuance.” He appears regularly on the world’s most distinguished stages including those of Lincoln Center, La Scala, the Concertgebouw, Amsterdam, the Opéra National de Paris, Glyndebourne Festival Opera, the Lyric Opera of Chicago, Houston Grand Opera, the Teatro Real, Madrid, Roy Thomson Hall, the Kennedy Center and Carnegie Hall, and has collaborated with conductors such as Yannick Nézet-Séguin, Daniele Gatti, Andris Nelsons, Bernard Haitink, Seiji Ozawa, Jeffrey Tate, Marc Minkowski, and Martyn Brabbins. He can be heard as soloist in the Grammy Awards’ Best Classical Recording of 2003 – Vaughan Williams’ A Sea Symphony (Telarc) with the Atlanta Symphony Orchestra under the baton of Robert Spano.

Brett’s 2018/2019 season began in Ireland where he made his role debut as Dr. Joseph Talbot in the European premiere of William Bolcolm’s new opera, Dinner At Eight for Wexford Festival Opera. In November, he made a rare appearance in his native Toronto singing Albert in a concert performance of Massenet’s Werther for Opera In Concert. After spending the holidays at home, he travelled to Montreal for another debut: Howie Albert in the Canadian premiere of Terence Blanchard’s “Champion” for  Opéra de Montréal. In March, Mr. Polegato returned to Ireland to sing one of his signature roles, Sharpless, in Puccini’s Madama Butterfly for the Irish National Opera and then travelled immediately to the United Kingdom to reprise Rodrigo in Verdi’s Don Carlo for Grange Park Opera, London, UK. He continued an already impressive season in July, making his Wigmore Hall recital debut with pianist Iain Burnside, and then made his debut as Enrico in Lucia di Lammermoor at Dorset Opera, UK.

The fall of 2019 (September-November) brings Brett Polegato’s debut at The Metropolitan Opera in New York City in Massenet’s Manon.

Pianist Robert Kortgaard was born in Regina, Saskatchewan and grew up in Calgary, Alberta. He completed his Bachelor and Master’s degrees at the Juilliard School in New York City. As a recipient of arts awards from the Canada Council, he furthered his musical studies in Italy and England. 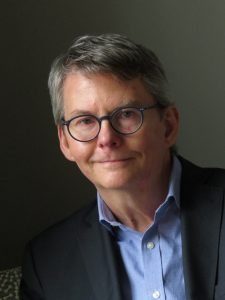 Mr. Kortgaard has performed as a soloist with major Canadian orchestras and has given recitals throughout Canada and the United States, as well as in England, Finland, Portugal, Italy, Indonesia, the Czech Republic, China and Japan.

He is a favorite collaborator of many of Canada’s finest instrumental soloists, vocalists and chamber groups. His performances are frequently heard on CBC Radio, and he has recorded for the Centrediscs, Marquis Classics/EMI, CBC Records, Teldec and ATMA Classique labels.